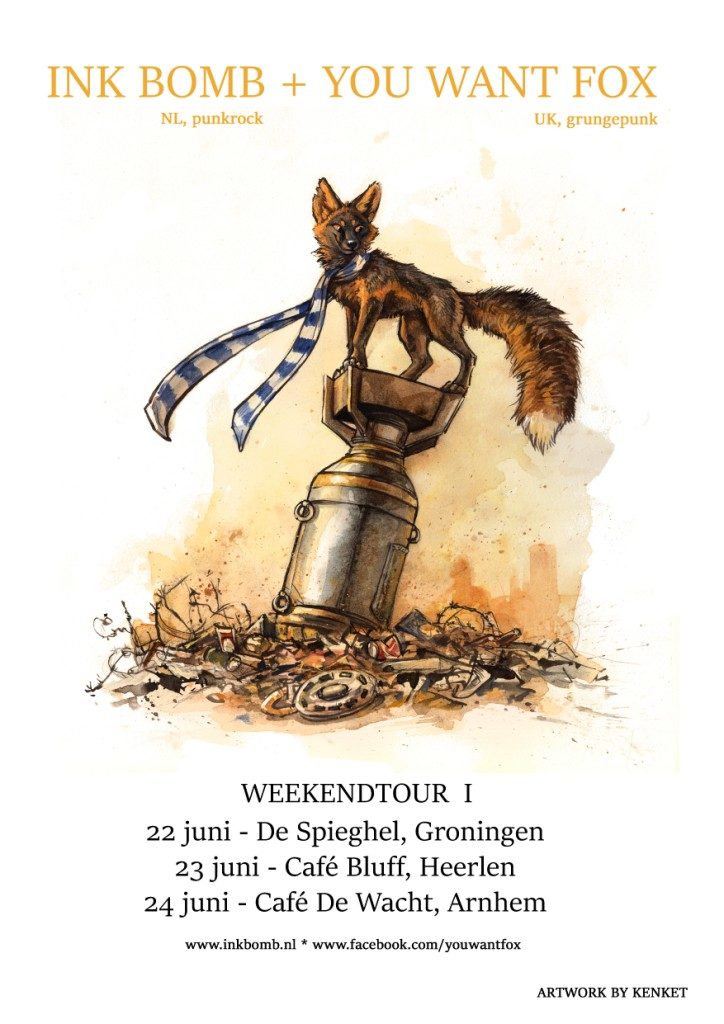 From the official news telex…

Punk rock band Ink Bomb will be touring in the UK from 6 to 9 October. The band from Nijmegen will play three shows: in Birmingham, Nottingham and probably Derby. Previously, the band already has played shows abroad. However, this is their first tour abroad. “We are looking forward to it. The ferry has already been booked!”, said singer Joost Hoedemaeckers.

But first, the British grunge punk duo You Want Fox comes over to the Netherlands. From 22 to 24 June, the band will play together with Ink Bomb in venues at the east of the country: Groningen, Heerlen and Arnhem. Bass player Arina Banga still knew the musicians for a few years. “I played in another band before and the members of You Want Fox too. We then set up some weekend tours together, which worked out well. When they invited us to play in the UK a couple of months ago, we immediately said yes.”